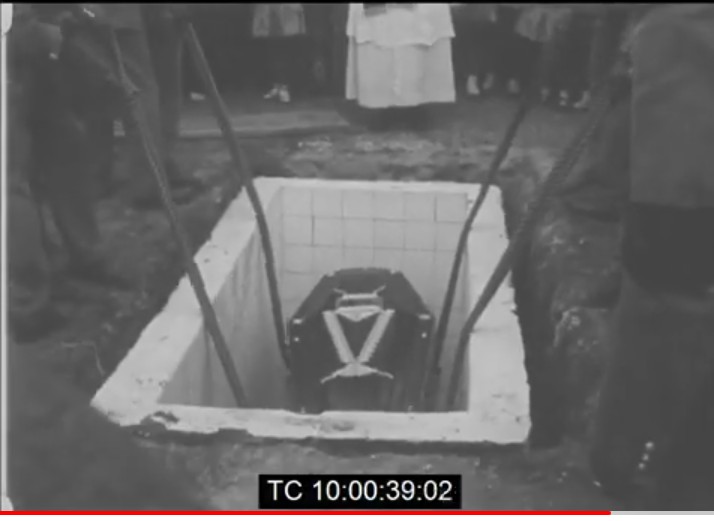 On 29 July 1966 Aguiyi-Ironsi spent the night at the Government House in Ibadan, as part of a nationwide tour.

His host, Lieutenant Colonel Adekunle Fajuyi, Military Governor of Western Nigeria, alerted him to a possible mutiny within the army. Aguiyi-Ironsi desperately tried to contact his Army Chief of Staff, Yakubu Gowon, but he was unreachable.

In the early hours of the morning, the Government House, Ibadan, was surrounded by soldiers led by Theophilus Danjuma. Danjuma arrested Aguiyi-Ironsi and questioned him about his alleged complicity in the coup, which saw the demise of the Sardauna of Sokoto, Ahmadu Bello.

The circumstances leading to Aguiyi-Ironsi death still remain a subject of much controversy in Nigeria. His body and that of Fajuyi were later discovered in a nearby forest.

Here are some photos from the burial of Nigeria’s first military Head of State, Major General Aguiyi Ironsi who was killed in the July 1966 Northern Nigeria counter coup.