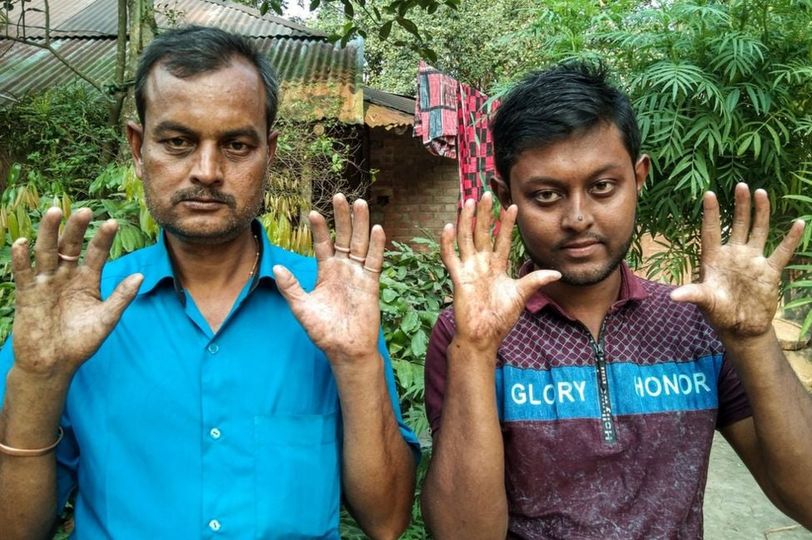 In a world where fingerprints are the most collected and used biometric data, having no fingerprints is both a blessing and a curse, as the men in the Sarker family can attest.

For several generations, Sarker men have been born with completely smooth fingertips, and while that may not have been a huge deal a generation or two ago, nowadays, when the swirling patterns on the tip of our fingers are used as the main way to identify individuals, it’s an issue.

For example, some of the men in the Bangladeshi family have been unable to obtain a driving license because of their lack of fingerprints, while others have been reluctant to travel for fear of getting in trouble at airports, for the same reason.

“I paid the fee, passed the exam, but they did not issue a license because I couldn’t provide fingerprint,” Amal Sarker recently told the BBC. “This is always an embarrassing experience for me.”

Amal added that he always carries the driving license receipt with him when driving his motorcycle, but that hasn’t helped him when police stopped him. He showed them the receipt and his smooth fingertips, but police officers never waived the fine.

Buying a SIM card is problematic for the Sarker men as well, since the Bangladeshi government introduced legislation to condition the purchase of SIM cards by matching a fingerprint with the national database. With no fingerprints, Apu and Amal Sarker were unable to get their own SIM cards, and now both use cards purchased in their mother’s name.

The men in the Sarker family, from the district of Rajshahi, in northern Bangladesh, suffer from an extremely rare genetic condition called Adermatoglyphia.

It only became known in 2007, when Peter Itin, a Swiss dermatologist, was conducted by a young Swiss woman who was having problems getting into the United States, because she had no fingerprints. Her face matched that on her passport, but her fingertips were perfectly smooth.

Examination of this first Adermatoglyphia patient’s fingerprints, and of those of several of her family members homed the cause of the condition to the mutation of one gene known as SMARCAD1.

The condition, which became known as “immigration delay disease” appeared to produce no other health effects apart from the total lack of fingerprints.

Adermatoglyphia is so incredibly rare that it has so far been observed in only a handful of families around the world. Dermatologist Eli Sprecher, who helped Professor Peter Itin diagnose the condition, has offered to genetically test the men in the Sarker family and establish if they suffer from a form of Adermatoglyphia. But while that may give the sufferers some clarity, it won’t help them better navigate a world in which fingerprints have become so important.

“I am tired of explaining the situation over and over again. I’ve asked many people for advice, but none of them could give me any definite answer,” 22-year-old Apu Sarker complained. “Someone suggested I go to court. If all options fail, then that’s what I might have to do.”

Luckily, advancing technology may come to the Sarker’s aid. For example, Apu, his brother and their father were able to get a smart card by having their retinas scanned.

According to the National Identity Card Department, it may be possible for the men to get the documents they require by identifying themselves through retina scanning or facial recognition.